Here is Makers Local 256's version of what we are thinking of doing.

What are the money and time costs of using a pre-packaged solution?

Generally, it seems like a good idea to keep normal door operation the same once the unlocking system installed. Doors have been slowly engineered over the years and work very well in the case of crowds, fires, etc. Electric strike works well for this, additional actuation also as long as it doesn't require that it be used to get in our out. 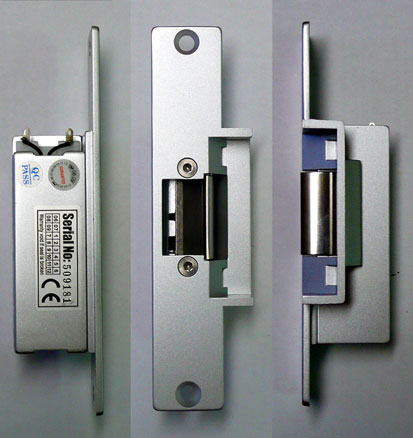 Here is a possible diagram of how the system might work. Suggestons as to changes or modifications?