This is a project page for ideas, notes and research related to a project in conjunction with Load of Fun to create a Low Res display for the roof of the building.

The idea is to do something along the lines of Blinkenlights or GRL Drive-In GIF Theater.

I did a mock up a couple of variations of the cylindrical display. The dimensions are 16 x 72 pixels and 24 x 72 pixels. You can view the video here. Both of these display could be done for around $3500 if we kept the cost per pixel under $3 and $2 respectively. This of course does not include cost of any structural parts and a computer and other electronics. 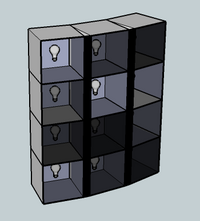 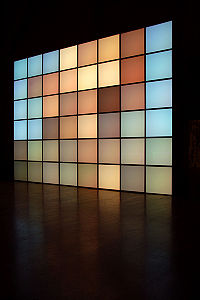