We need to replace the current overhead lights with something more efficient. The area under the overhang is also under lit.

Electricity in Baltimore runs about 12 cents per Kilowatt Hour.

The current overhead lighting is tracks of 50 Watt halogen bulbs. They draw around 1500 Watts. There is wiring in the ceiling connected to a switch near the purple door leading to the gallery. The ceiling is about 14' 8" high.

Two lines of four shop lights, each with two bulbs would draw 640 Watts. Cost for fixtures and bulbs would be around $130. 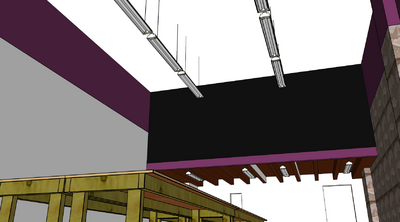 We could replace the current fixtures with outlets, plug in lamp cords, and just dangle some light bulbs. Ten 26W CFLs (100W equivalent) would draw just 260W. Cost for fixtures and bulbs would be around $70. 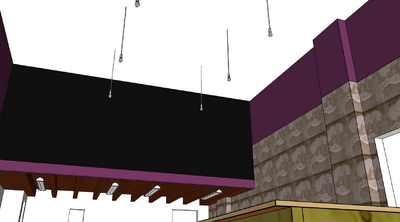 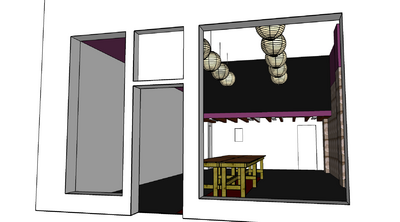 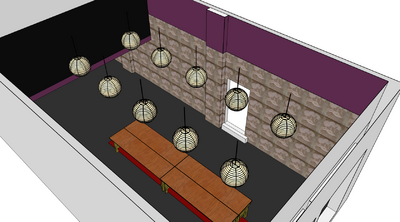 The Ikea Foto is large and nice looking. Four with bulbs would run about $90 but only draw 104W using 26W CFLs (100W equivalent). We could start with four and add more if we need more light. 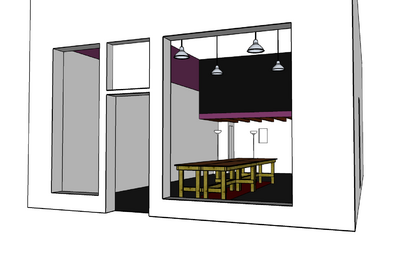 Under Over Hang Area[edit | edit source]

The area under the over hang currently has one light bulb and a very old switch that needs to be covered or replaced. Some options for better lighting: 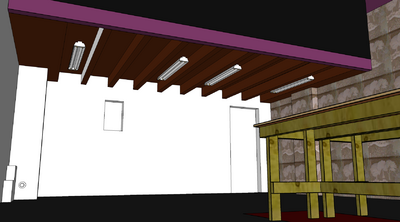 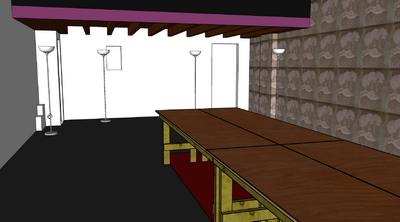